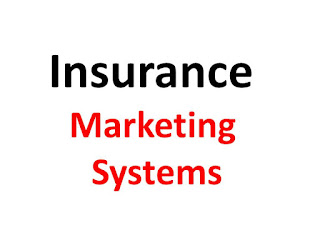 There are four basic distribution systems used to market insurance:

Insurance Marketing and the Internet

Advertising and selling insurance through the Internet is a relatively recent development in insurance marketing.

Insurance company Websites offer information about insurers; the various lines of insurance provided; and links to regulatory information, financial rating, and quotation services as well as locator services to put consumers in touch with local agents.

Some companies use the Internet to solicit leads, accept applications, and even issue insurance policies.

Some insurance agencies have also developed home pages that advertise products and services over the Internet.

These practices raise some interesting questions about the regulation of Internet sales.

Because the Internet essentially dissolves state geographic boundaries, at issue is whether the insurance company is licensed to do business in the state, and whether the agent is properly licensed and appointed for the companies represented.

Other challenges include how to track premium taxes, how to ensure the security of disclosed personal information, how to audit Internet transactions, whether Internet advertisements comply with state laws, and what the implications are for state guaranty associations. The NAIC has established an Internet Marketing Issues Working Group to further explore these issues.

In the direct writer system, the insurance company’s agents are actually employees.

They may receive a salary, be paid by commission or a combina- tion of both.

In the direct response system, there are no agents.

These companies sell through direct mail or over the phone.

In the independent agency system, agencies that are independent contractors contract with several different companies to represent and sell insur- ance for those companies.

An agent who represents more than one company is called an independent or nonexclusive agent.

Several companies may authorize the agent to sell insurance for them, but the agent remains an independent businessperson.

Agents collect commissions on the policies sold but collect no salary from the companies they represent.

In the exclusive agency, direct writing, and direct response systems, the insurance company owns and controls its accounts, policy records, and renewals.

If the agency or employment relationship terminates, that person loses all rights and interest in company business and related commissions.

In contrast, in the independent agency system, the agent owns and controls accounts, policy records, and renewals.

If an independent agent’s con- tract with a particular insurer terminates, that agent retains rights to active accounts and may place them with another insurer and continue to receive commissions.