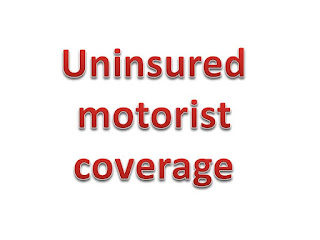 In most states, this coverage indemnifies the insured for bodily injury only as a result of an accident with a legally liable uninsured motorist.

This is provided by adding an endorsement to the policy.

Before the insured can be indemnified under Part C, four conditions must be met.

■The loss must be caused by an auto accident and involve bodily injury (in most states).

■The loss must be sustained by an insured.

■The insured must be legally entitled to recover for BI damages.

■The other vehicle must meet the definition of an uninsured vehicle.

The policy defines an uninsured motor vehicle as one that:

■has no liability coverage at the time of the accident;

has liability coverage but not enough to meet the state’s financial responsibility requirement; ■

■has invalid liability coverage at the time of the accident because the insurer is insolvent or denies coverage.

This definition does not apply to a vehicle or equipment that is:

owned by or furnished or available for the regular use of the insured or any family member; ■

■owned by a government unit or agency;

■operated on rails or crawler treads;

■designed for use off public roads; or

■located for use as a residence or premises.

Earlier, you learned that the out-of-state coverage provision automatically amends the policy limit to conform with other states’ financial responsibility laws.

Because of this provision, the part of the definition referencing policies with inadequate limits rarely applies to drivers insured under a personal auto policy.

However, not all policies include an out-of-state coverage provision.

This part of the definition is intended to protect insureds involved in accidents with drivers insured by such policies.

Keep in mind that for the purpose of this course (including related exam questions) we will ignore the impact of the out-of-state coverage provision on the definition of an uninsured motorist.

Insureds for uninsured motorists coverage include:

■the named insured and family members;

■anyone occupying the named insured’s covered auto; and

■any person entitled to recover damages because of BI caused by an uninsured motorist to the named insured, family members, or passengers in the covered auto.

Part C does not cover losses:

that has primary uninsured motorists coverage under another policy;

against the uninsured driver;

■that occur when the auto is being used as a public or livery conveyance; or

■that occur while the insured is using an auto without the reasonable belief that he is entitled to do so (does not apply to family members using covered autos owned by the insured).

In some states, workers’ compensation insurers and disability insurers may have the right to subrogate against a third party who has caused an injury.

The limit of liability provision for Part C is similar to the one used for Part A. It also states that the insurance company will not:

■make duplicate payments for losses that were paid by or on behalf of the person who was responsible for the accident; or

■pay any part of a loss that could be covered under a workers’ compensation or disability benefits law.

The other insurance provision for uninsured motorists coverage is similar to the ones used for Parts A and B. One important difference is that the

amount that the insured can be paid is limited to the highest single policy limit for uninsured motorists coverage.

This prevents stacking coverage—adding the limits of coverage available to provide a higher coverage limit.

Suppose Imelda has two personal auto policies, both with a $200,000 limit of liability for uninsured motorists coverage.

She is involved in a serious accident with an uninsured driver and incurs $350,000 in medical expenses.

The maximum amount she could collect under both policies for this loss is $200,000.

Part C provides specific provisions on arbitration that come in to play when the insured and the insurance company do not agree whether the insured is entitled to uninsured motorists coverage or the amount of damages.

This provision operates much like the arbitration clauses we discussed earlier.